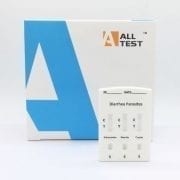 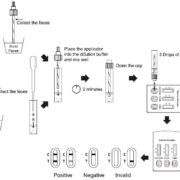 The parasitic test determines whether the intestinal infection entamoeba histolytica, Giardia lamblia or Crysptosporidium is caused by protozoan.

Entamoeba histolytica is a amoebic protozoan that affects about 50 million people worldwide. It also infects dogs and cats that heal from the disease and do not infect humans. In humans, this amoeba infection, if left untreated, causes tissue damage that can be asymptomatic or manifest as redness or liver abscesses.

Giardia lamblia is the is the most common spore in humans that causes severe diarrhea. It parasitize and increases in the small intestine causing malabsorption, weight loss and dehydration. At the acute stage, Giardia lamb causes severe diarrhea disease, but when the disease becomes chronic, the faeces returns to solid. It causes malabsorm, weight loss and dehydration of the body. The disease has become more common in western countries in recent decades and is particularly dangerous for people with weakened immune responses. The disease can also occur asymptomatically.

Parasites of the genus Cryptosporidium become infected with both animals and humans, living and breeding in the intestines and secreting into feces. The shell surrounding them keeps them alive for a long time even outside the body and protects them from disinfectants containing chlorine. Parasites spread through the hands and water contaminated with the vomiting of both feces and the sick individual.

Allow the test cartridge and reagents to balance to room temperature (15-30 °C) before use.

1. Defecation into a diaper, potty or other clean, dry container or toilet drained from rinsing water.

2. A) If the stoma is solid, open the green cap on the reagent flask and insert the sampling stick attached to the cap into at least three different parts of the excrement. When immersing a stick in the stool, you can spin it, but do not scoop. An adequate amount of excrement on the stick is one quarter the size of the pea (50 mg). Move the stick back to the reagent tube and screw the cap on tightly.

3. Shake the reagent tube vigorously about. 20 seconds, then let it stand peacefully for about 2 minutes.

4. Place the test cartridge you took from the sealed foil bag on the table. Open the colourless mouth cap of the sample reagent tube so that the tube can be used as a dosing tool for the sample it contains. Turn the tube vertically upside down, place its mouth on top of the sample pit S near the well and squeeze three drops (about 120 μl) of liquid stol sample extract into the well. Do this for all three S-pit. Avoid the creation/entry of air bubbles into the sample pits. Turn the tube back with the mouth up, close it again tightly with the colorless cap and set aside.

5. Check the time on the clock and allow the sample to be absorbed in peace through the rectangular test windows of the cartridge until the backgrounds lighten again and the C zones are clear.

6. Read the result 10 minutes after dropping the sample into the S-pits (no longer after more than 20 minutes).

To interpret the test result:

*The result is negative, therefore none of the parasites examined can be seen in the stool sample if only the control line is shown in all three windows of the cassette under C.

*The result is positive for the parasites with a weak red-tinted line in zone T below a clear control zone (C) in the test window.

*The result is invalid and the test has failed for the parasites for which no C-line is displayed in the test window. The test must be renewed with a new cassette.

This parasitic test is CE marked and intended for use by healthcare professionals. The test is equipped with a English user manual. It is important to follow the instructions and interpret them correctly. Tests have not been studied in home use. 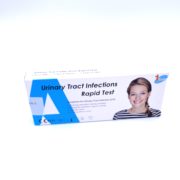 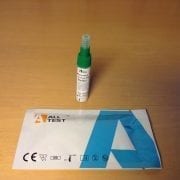 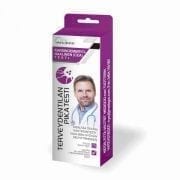 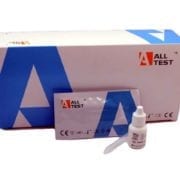 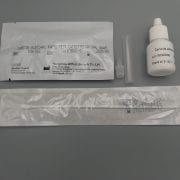 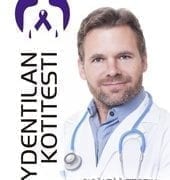 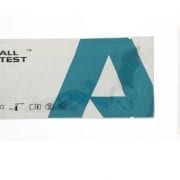